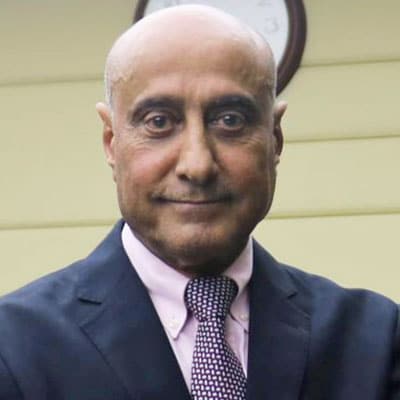 Mutlaq H. Al-Morished has been a director of the Company since April 2019. Mr. Al-Morished is currently the Chief Executive Officer of National Industrialization Company (TASNEE), which is a 79% shareholder of Cristal and one of the largest Saudi diversified industrial companies having investments in several fields. Mr. Al-Morished is also the Chairman of the board of National Metal Manufacturing & Casting Co. (Saudi Stock Exchange: “Maadaniyah”) and currently serves as a board member of Aluminium Bahrain BSC (LSE: “ALBH”) and Alinma Bank (Saudi Stock Exchange: “ALINMA”). Mr. Al-Morished was previously a board member of the General Organization of Saudi Arabian airlines and Alinma Tokio Marine (Saudi Stock Exchange: “ALINMATO”). Mr. Al-Morished is also a board member of the Gulf Petrochemical & Chemical Association, a non-profit professional organization, and CITI Group in Saudi Arabia, a privately held company. Prior to joining TASNEE, Mr. Al-Morished was the Executive Vice President of Corporate Finance and Chief Financial Officer of Saudi Basic Industries Corporation (SABIC) from 2004 through 2015. Mr. Al-Morished was also the Vice President of Metals SBU, Executive Vice President of Shared Services, and President of Saudi Petrochemical Company (SADAF) and Saudi Iron & Steel Com (HADEED), consecutively. Mr. Al-Morished previously served as Chairman of the Board of YANSAB, SABIC Capital in the Netherlands, SAUDI KAYAN, SABIC Captive Insurance Limited in the UK, and Alinma Investment Co. He was also a board member of Gulf Bank in Bahrain & the Advisory Board for Economic Affairs of the Supreme Economic Council of Saudi Arabia. Mr. Al-Morished holds a Master of Business Administration degree from Stanford University, a Master of Science degree in Nuclear Engineering from Princeton University, and a Bachelor of Science degree in Nuclear Physics & Mathematics from the University of Denver. Mr. Al-Morished brings to the Board years of extensive senior management, business, and leadership experience in the TiO2 and other chemicals businesses.