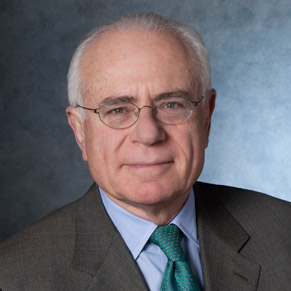 Ilan Kaufthal has been Chairman of the Board since March 18, 2021, and a director of Tronox Holdings plc effective as of March 29, 2019, which was the effective date of the Redomicile Transaction. Mr. Kaufthal was appointed Lead Independent Director on March 28, 2019, and served in such capacity until his appointment as Chairman on an interim basis on December 27, 2020. Prior to the Re-Domicile Transaction, Mr. Kaufthal was Non-Executive Chairman of Tronox Limited from June 27, 2017, to March 28, 2019, was its Lead Independent Director from September 6, 2016, to June 27, 2017, a Director since June 15, 2012, and was a Director of Tronox Incorporated from February 2011 until June 15, 2012. He is Chairman of East Wind Advisors, a specialized investment banking firm serving companies in the media, education, and information industries. Mr. Kaufthal joined East Wind in 2010 as Chairman, bringing over 30 years of experience as an investment banker and senior corporate executive to the franchise. From 2008 until 2013, Mr. Kaufthal served as Senior Advisor for Irving Place Capital. Until 2008, Kaufthal was a Vice Chairman of Investment Banking at Bear, Stearns & Co and prior to joining Bear, Stearns in 2000, he served for 13 years as Vice Chairman and head of mergers and acquisitions of Schroders & Co. Preceding Schroders, he was with NL Industries and served as its Senior Vice President and Chief Financial Officer. Mr. Kaufthal is the Chairman of IDB Bank NY and serves on the Board of Directors of Macsteel Ltd. Mr. Kaufthal was formerly a director of Cambrex Corporation (NYSE: CBM), a supplier to the pharmaceutical industries, and formerly a director of Quinpario Acquisition Corp 2 (NASDAQ: QPACU), a special purpose acquisition company. He also serves on the Advisory Board of Jerusalem Venture Partners Media Fund and is a Trustee of the Russell Berrie Foundation. He is the Chairman of the Board of the American Friends of Bezalel and a member of the Board of Visitors at Columbia University Medical Center. Ilan holds an MBA from New York University and a BS from Columbia University. Mr. Kaufthal brings to the Board his financial, investment, business skills, and previous experience in the titanium dioxide business.